The car of the month is John Nordin’s 2010 Mustang GT. Here is his story. 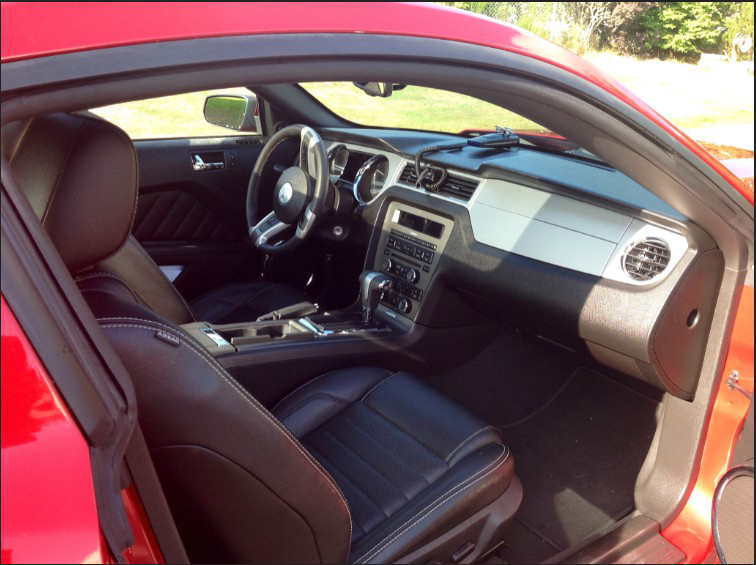 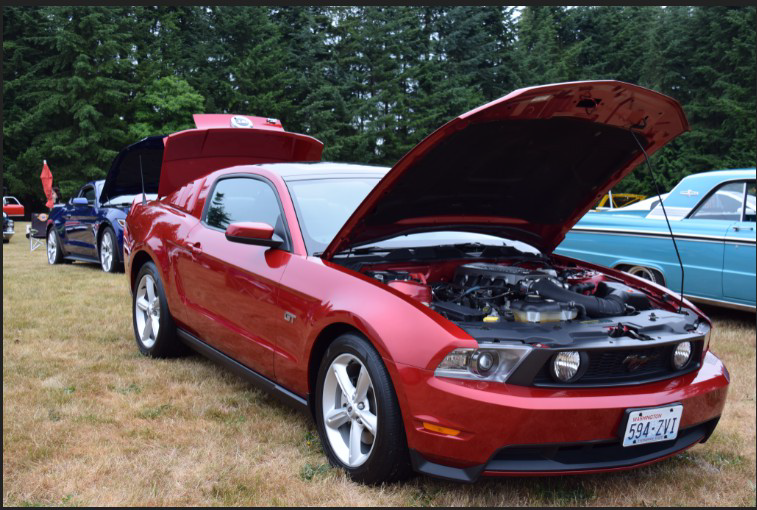 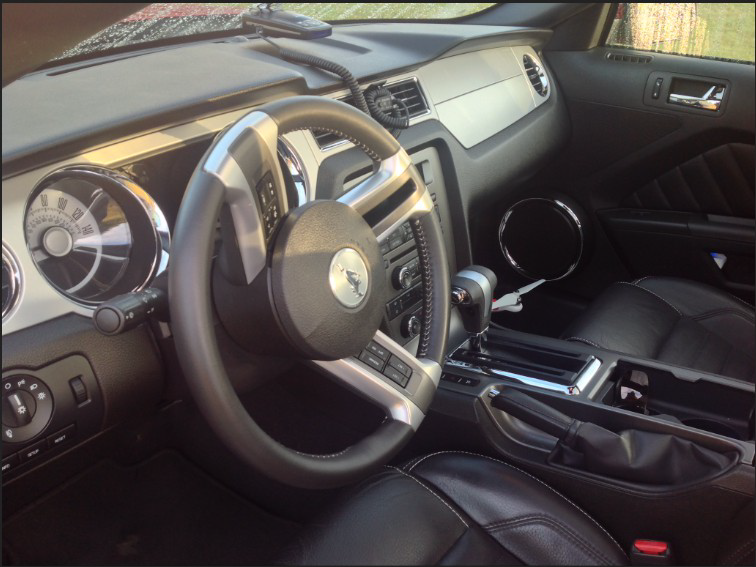 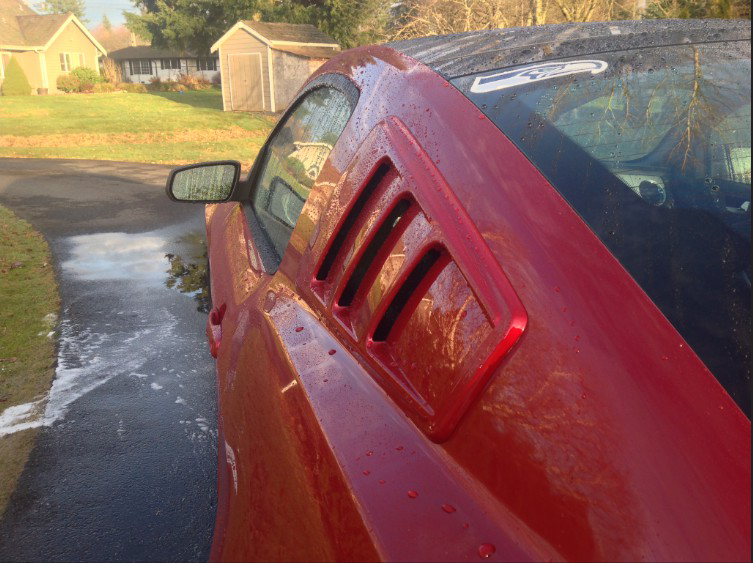 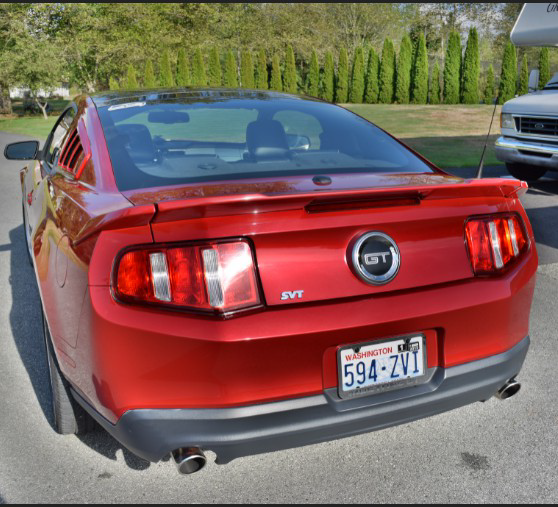 My first car out of high school was a 70 Buick GS 455, But during the 70s gas crunch I had to get something more gas friendly. My neighbor had a 79 Mustang pace car so I went bought a 2.3 Capri. Still a Ford product and I loved that car but I really wanted a Mustang.

That became a reality in 1984 when I got a black 5.0 Mustang GT stick 20 year anniversary car. This Mustang was fast and I had a lot of fun in it. I got married in 85 and we used that car for our daily driver, however one afternoon I get a call at work that my wife had gotten t-boned and the car was totaled.

We couldn’t afford a new mustang as we only had liability on it, so we purchased, God forbid, a Camaro. I still wanted another Mustang though. That marriage failed.

I was working then driving an Escort. It was not my thing, so I found a red 91 Mustang LX 2.3 liter. I had that car from 91 thru 2010. That little 4 cylinder ran and ran. It was a great Mustang but in 2010 I saw this candy red metallic Mustang glass top at the dealer and I had to have it.

I traded my little 91 and paid cash and never looked back. I entered my first show in 2015 and joined Mustangs Northwest right after. Since I bought the car I have done a few mods, Roush quarter window louvers and a new rear spoiler. Also an axle back Roush exhaust, Ford racing throttle body, and new floor mats. I have several other mods coming and those will be added soon.

Car is registered in the Red Mustang Registry and it has won 2 silvers at MCA nationals and several gold awards at regional Mustang shows. I am pretty active with Mustangs NW and my car does parades, cruises and other events. I will be getting a classic Mustang soon for my wife’s retirement gift and she will be involved with MNW more soon as well.

Father’s Day at the Locks

Care and Feeding of your Mustang by Scott Robinson