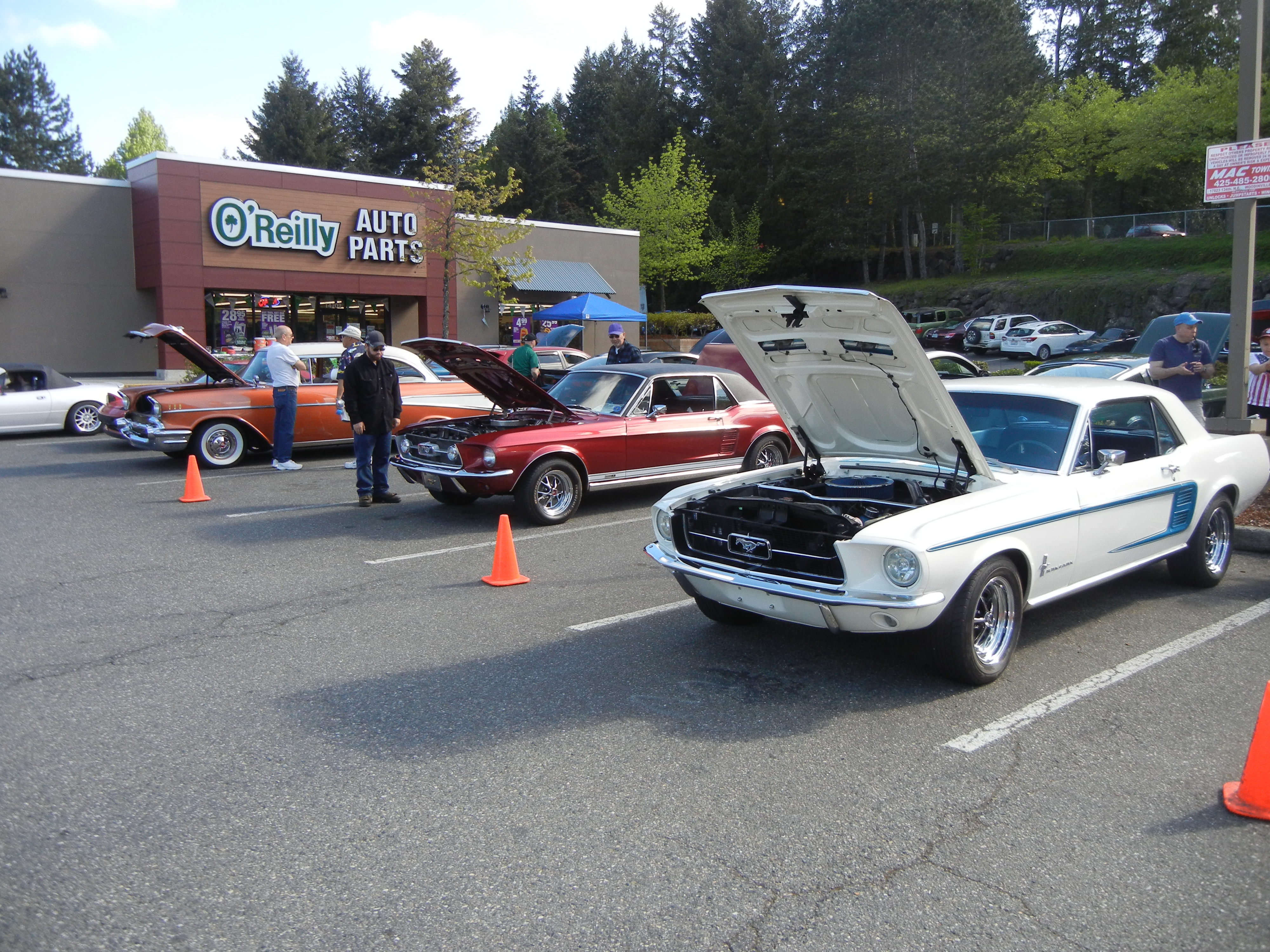 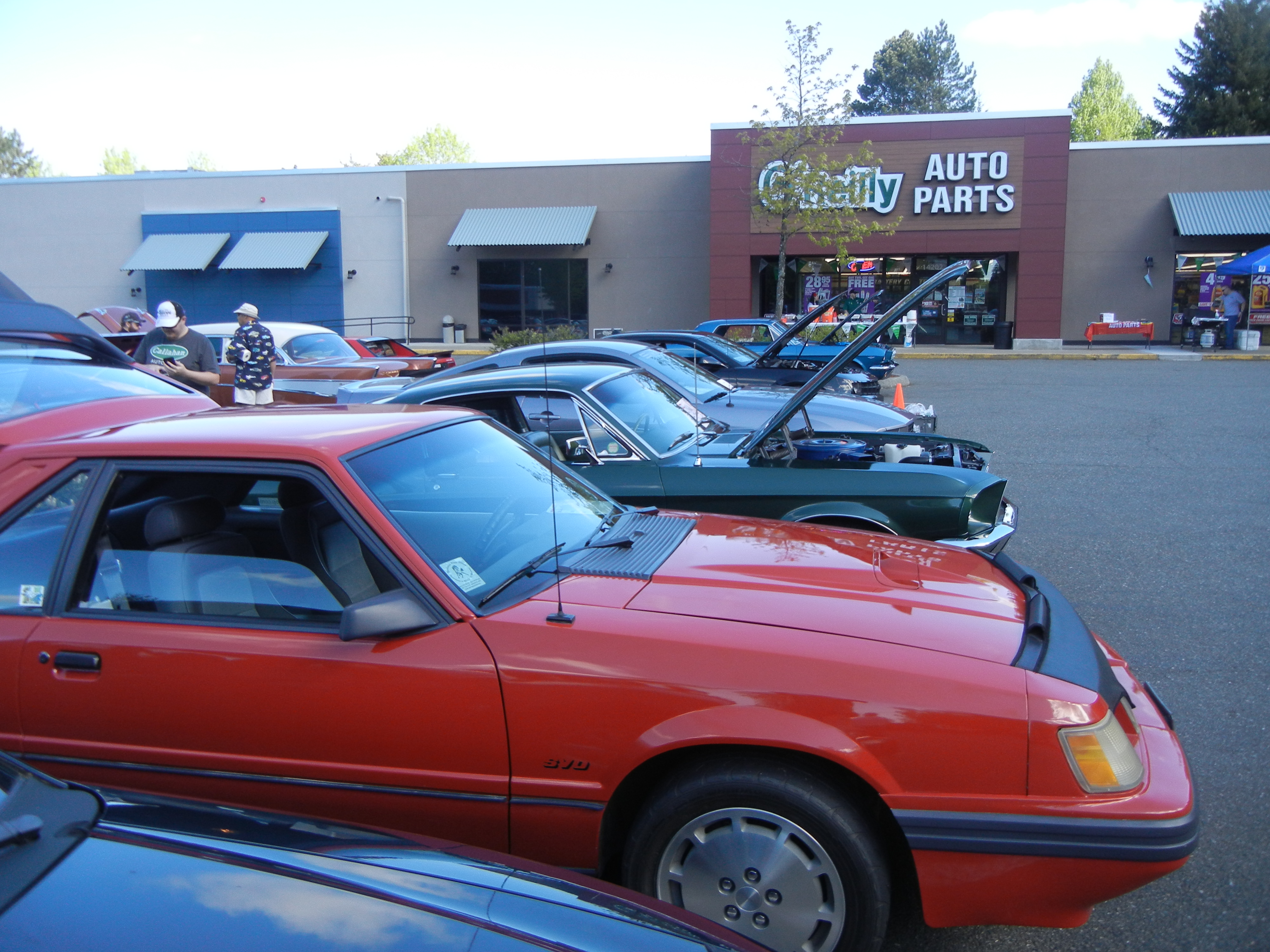 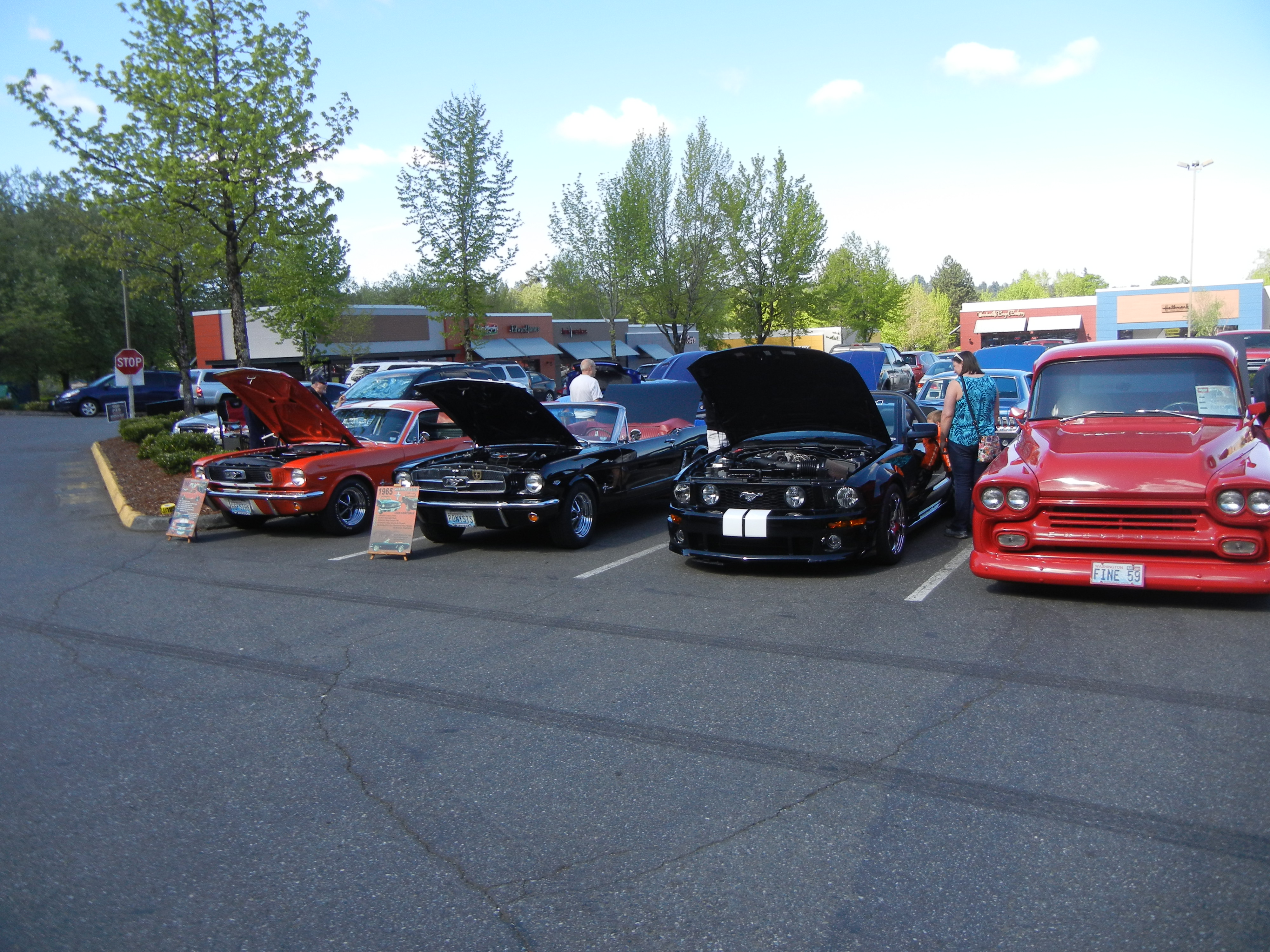 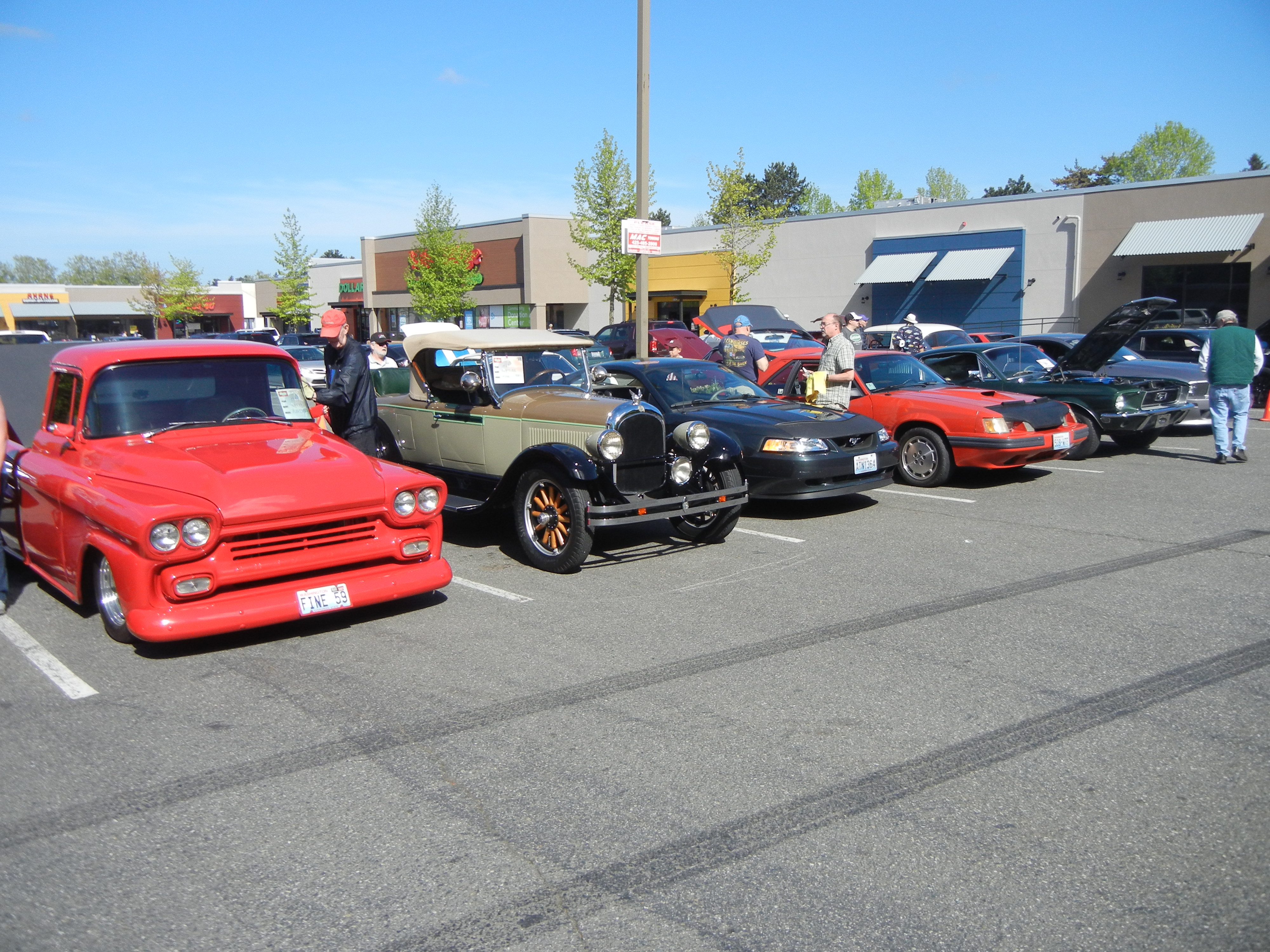 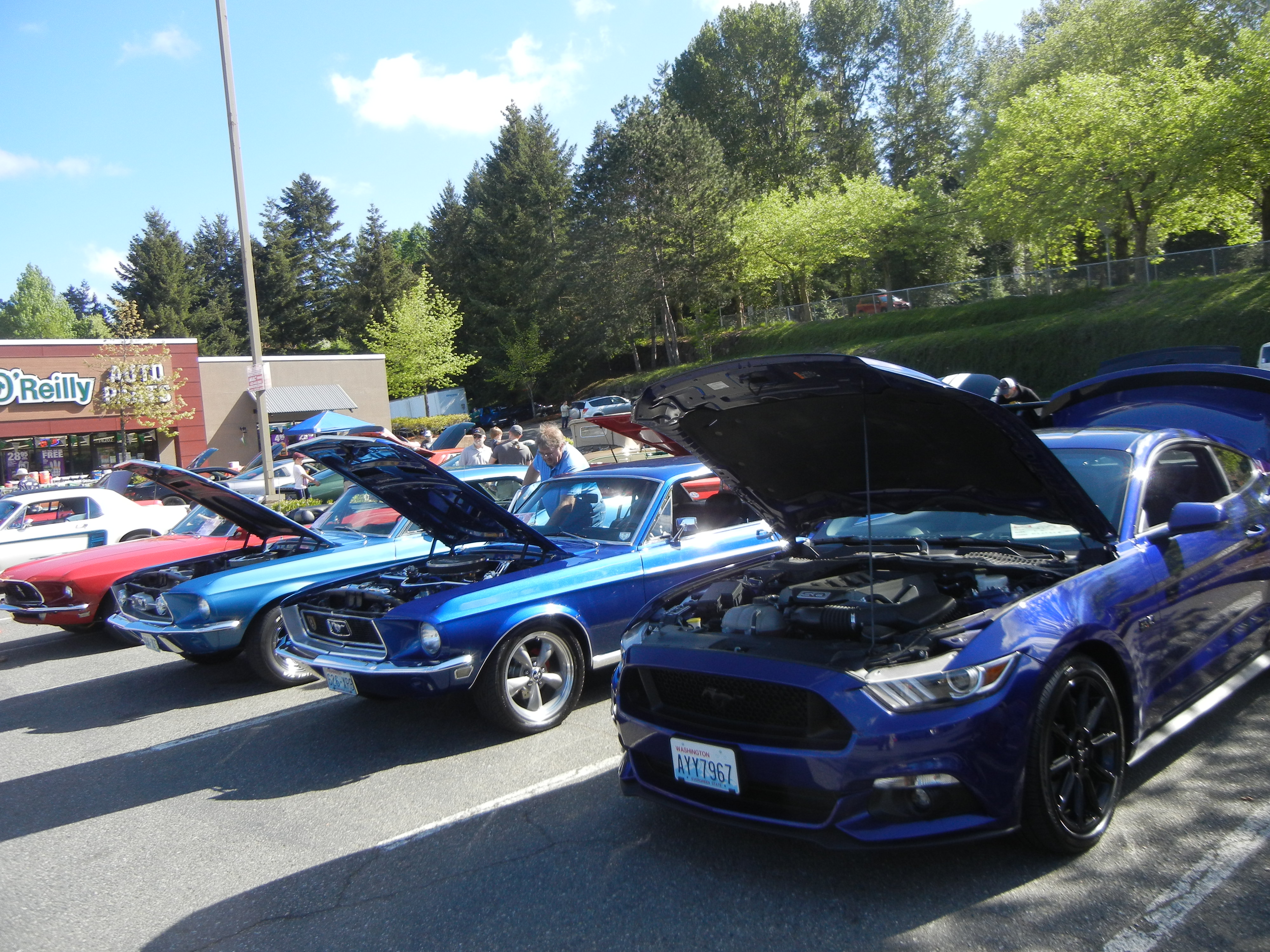 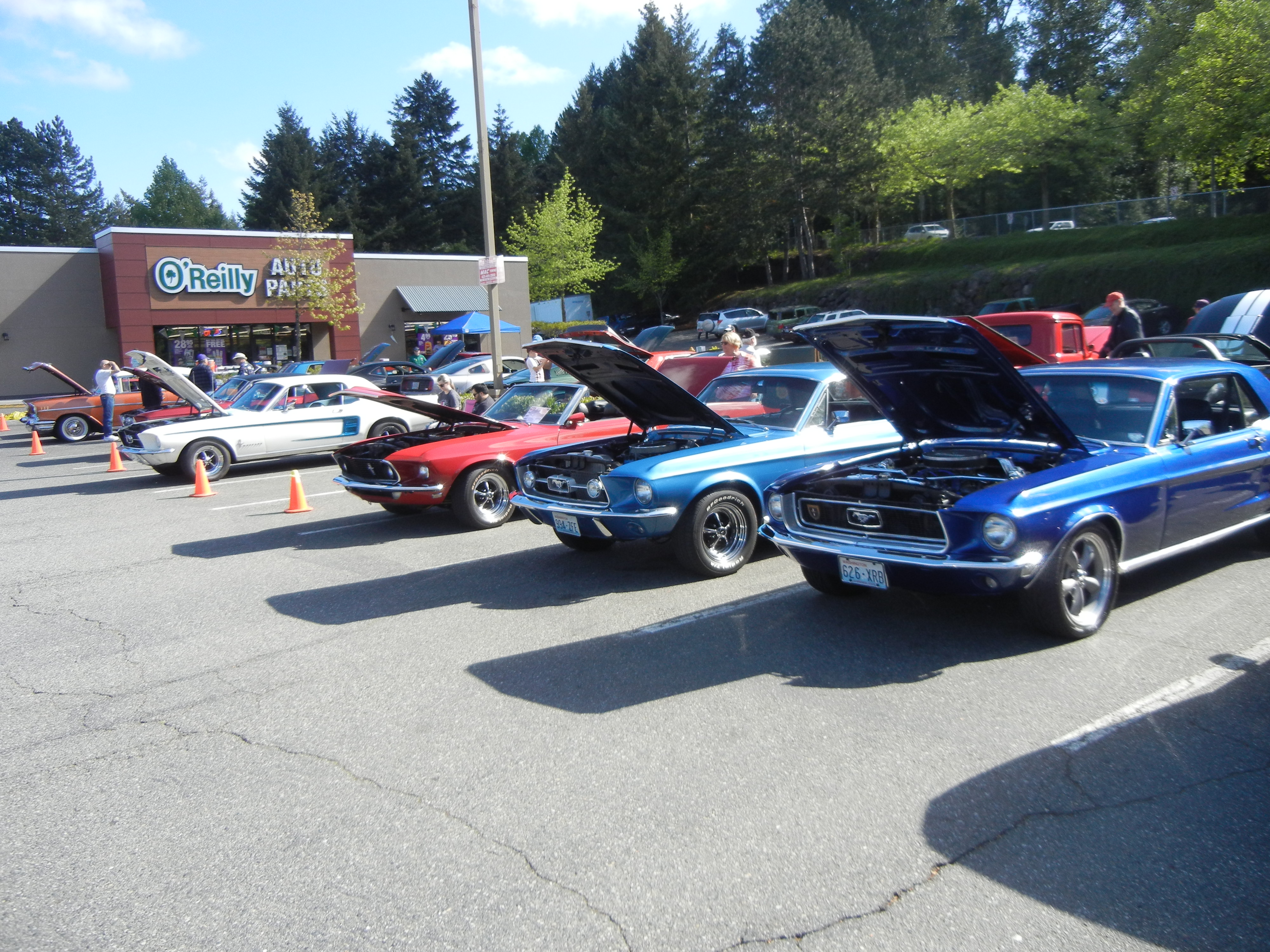 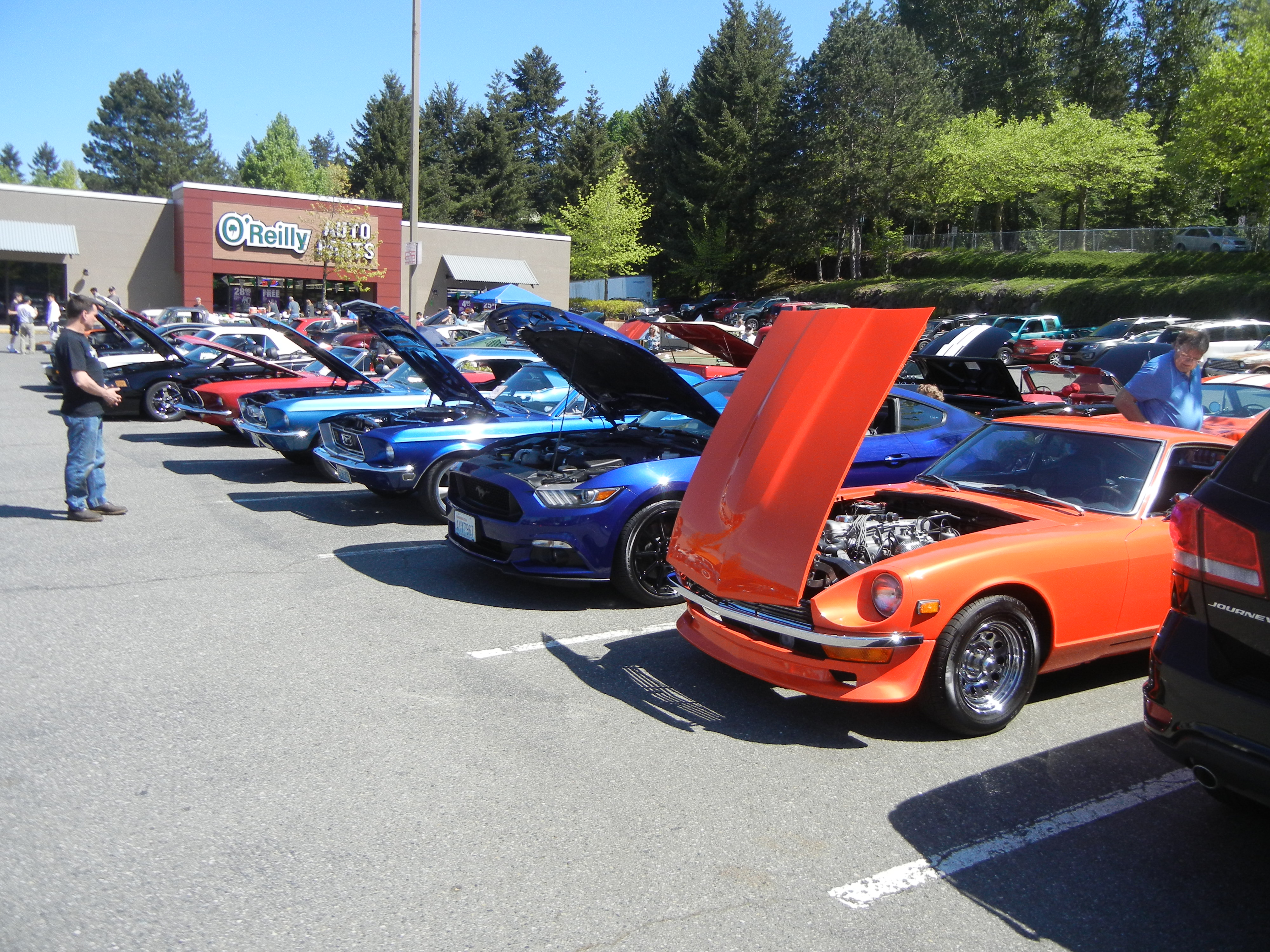 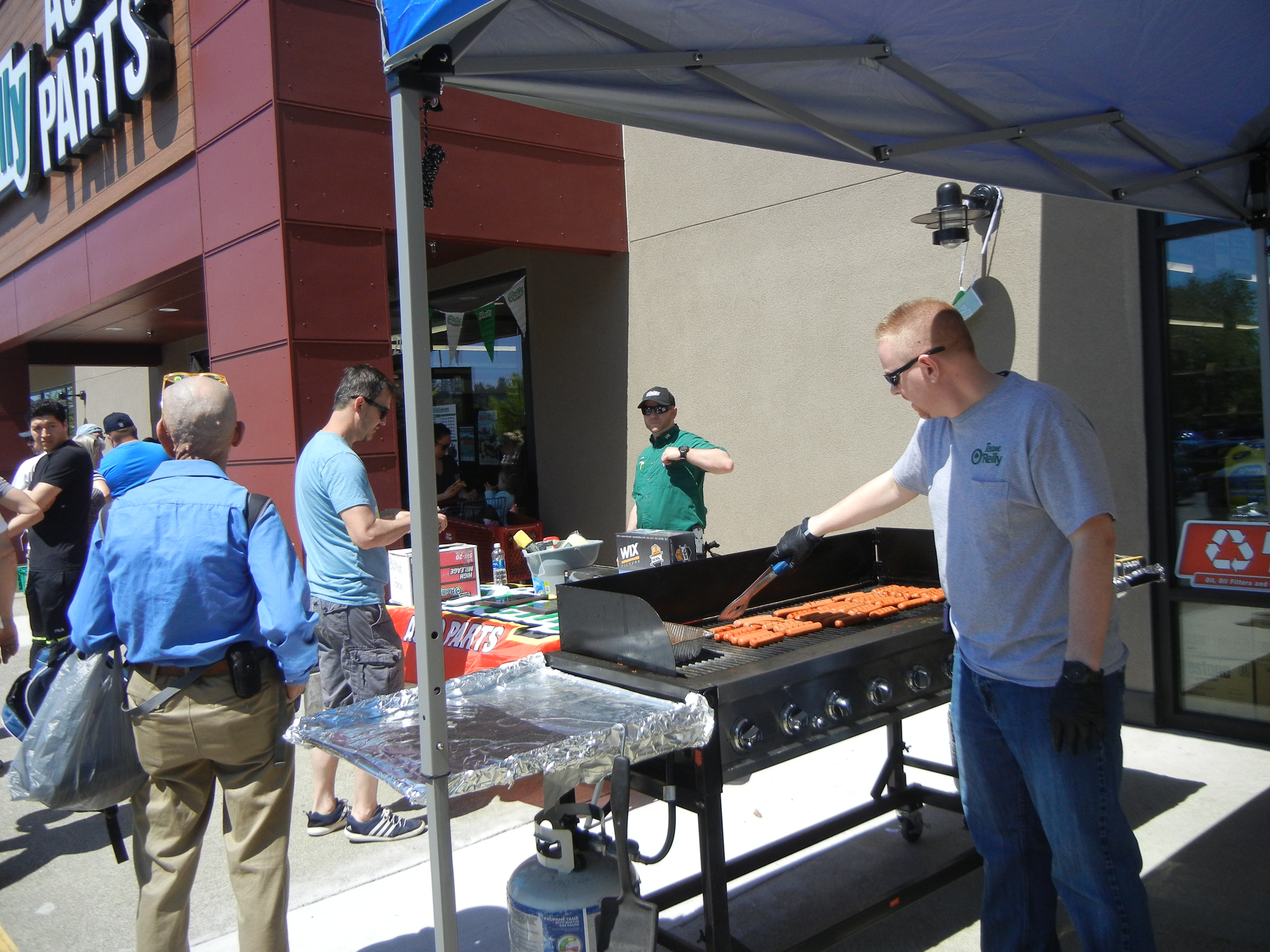 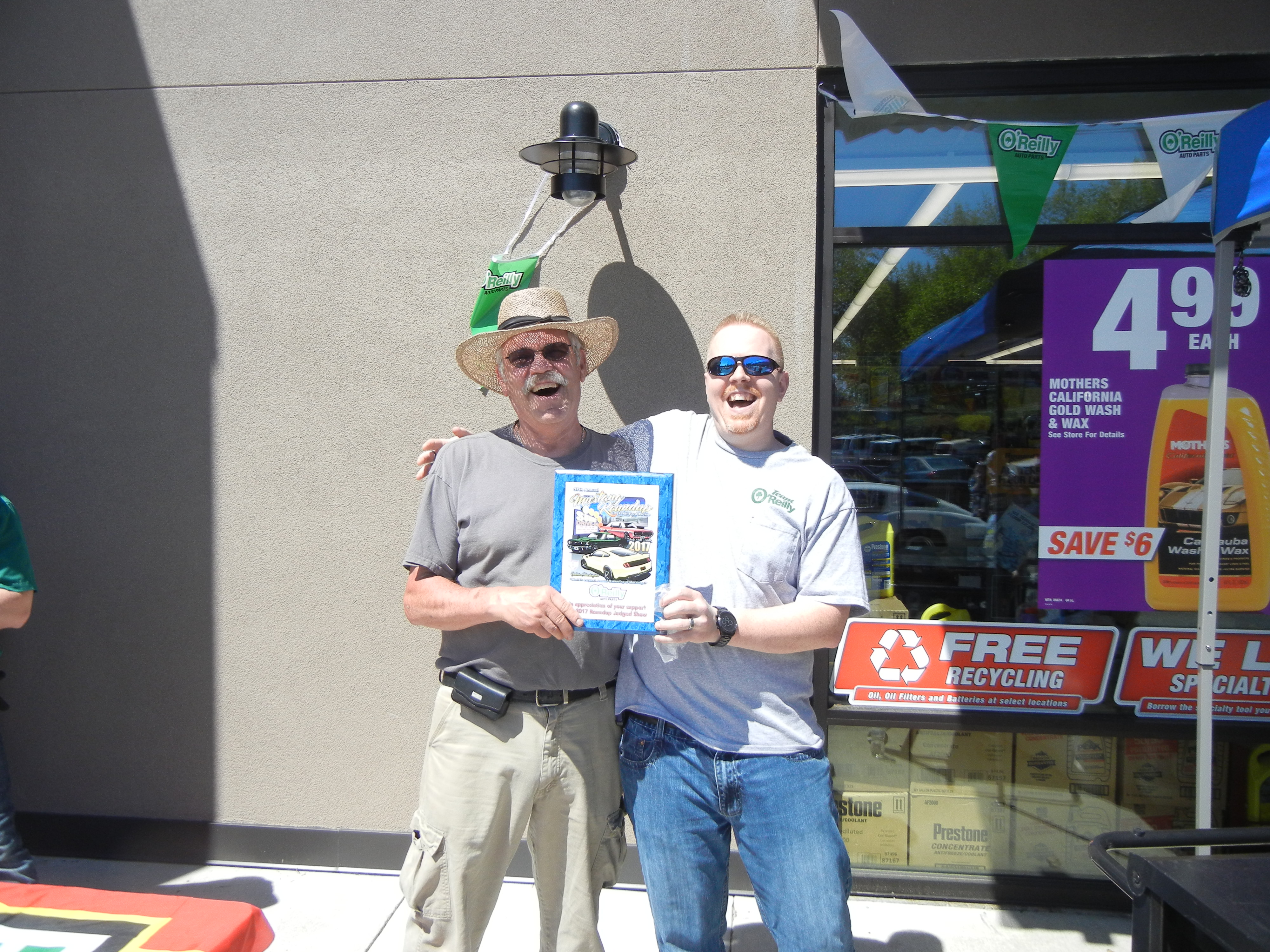 In April I received a phone call from Aaron, the O’Reilly District Manager, who has been instrumental in bringing O’Reilly Auto Parts on board as an MNW sponsor, asking if we could help them out by providing about 10 cars for a grand opening of their newly relocated store in Woodinville. It was planned to occur on May 12th. Oh no, that date coincided with our Annual MNW Spring-In-To-Summer judge show at Remlinger Farms. However, I feel that we, as a club, have an obligation to step up to provide support to our sponsors during the entire year, and not just at Round-Up. I told him I’d work on it, and I was sure that we could handle it. After getting positive responses from club members, I called Aaron and asked what the maximum number cars we could have and he replied 20. Given that number, it was my goal to reach it to show we supported them as much as they support us. Thanks to all of you who showed up to show your car and also enjoy a free BBQ lunch, with Aaron as chief chef. We met our goal of 20 cars, some arriving later than others and had fun and helped consume the 400+ hot dogs that Aaron grilled. The show field area in the lot had at least 40 cars at all times and was a low key fun event.

The show had 3 trophies to hand out and two of them went to a split window Corvette Stingray, and the other to a Mustang. During their trophy presentation, I presented Aaron with our MNW appreciation plaque for their support during the last year.

Talking with Aaron after the show, he felt it was a huge success and that customers now know where the new store is located. The entire lot was full of people viewing the show and going into the store. I also told him that MNW would be more than willing to help out at future events barring any major hurdles.

Again, thank you MNW members for standing tall and helping to make the show a success. Without your participation there would not have been the excitement that YOU helped to create. Let’s see if we can have more of these stress free fun events in the future. How about  the Father’s Day at the Ballard Locks Show? 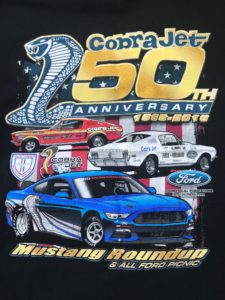